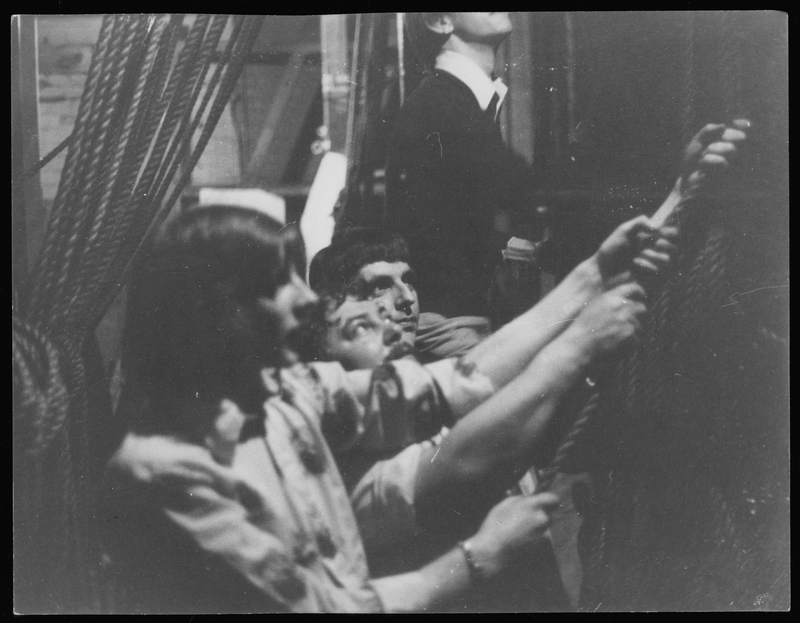 Members of the backstage crew hauling on the rope lines of the Theatre Royal fly system in 1977.

This photograph was taken during the final pantomime run of Cinderella, before the Theatre Royal closed for extensive refurbishment in 1977, and shows three of the backstage crew hauling on the rope lines of the theatre's fly system. In the background, with white collar and dark sweater, a figure stands watching the result of this hard work - probably the stage manager?

The fly system is a system of lines, pulleys and counterweights that allows stage crew to quickly raise and lower scenery - an essential component of any successful pantomime with its spectacular transformations. The job was - as the muscles in the men's arms demonstrate - hard work, and took place in a confined space at the side of the stage.

Do you know who any of these men are? Although the hairstyles place them firmly in the 1970s, it's interesting to think that the work they are doing would probably be familiar to anyone working in the Theatre Royal from the time of its opening, right back in 1865 - when pantomimes also relied on spectacular transformations of the stage scenery. 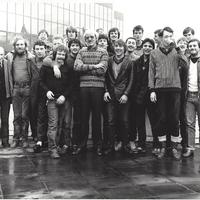 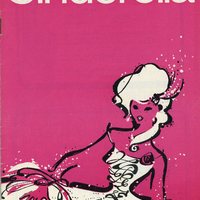