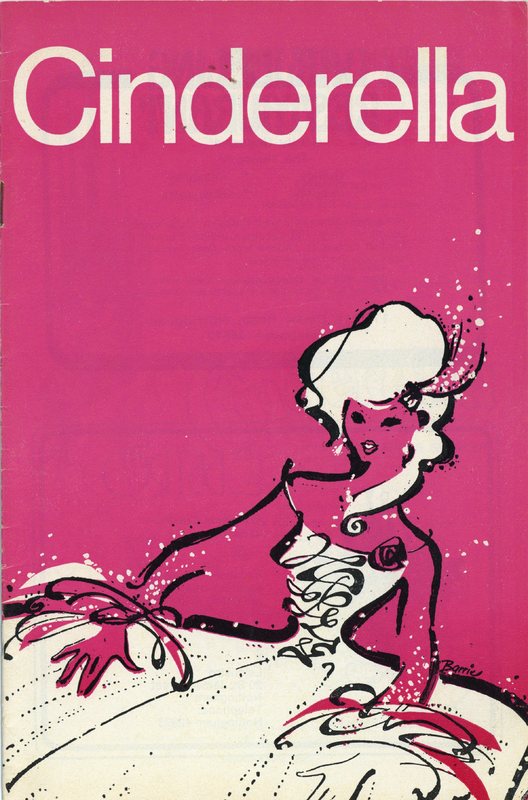 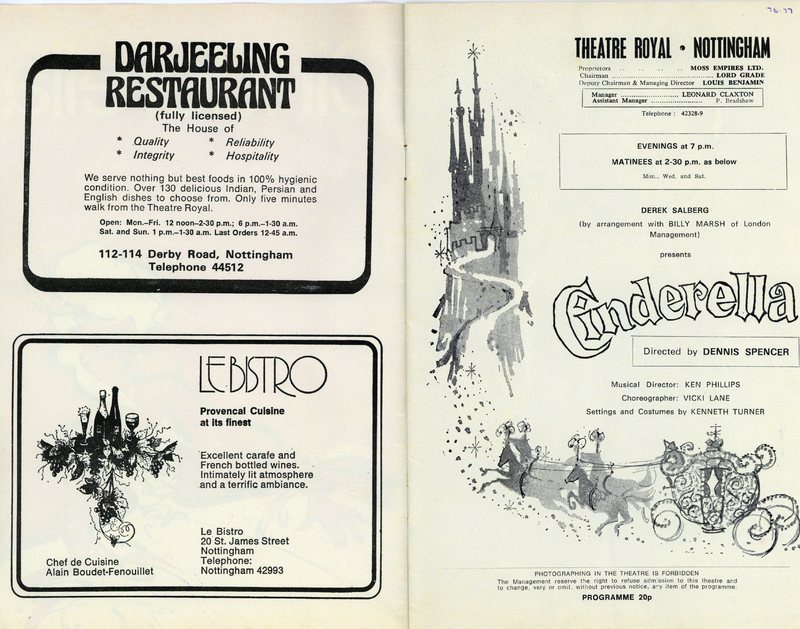 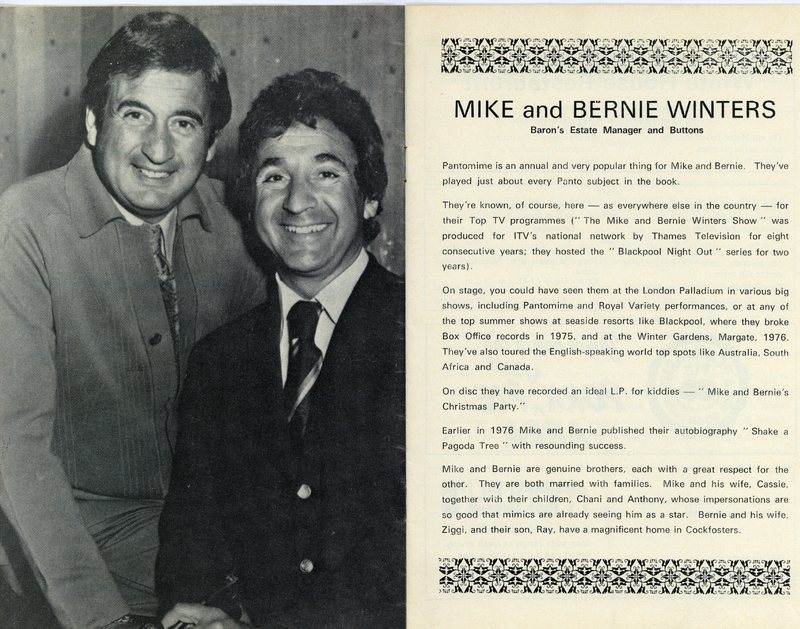 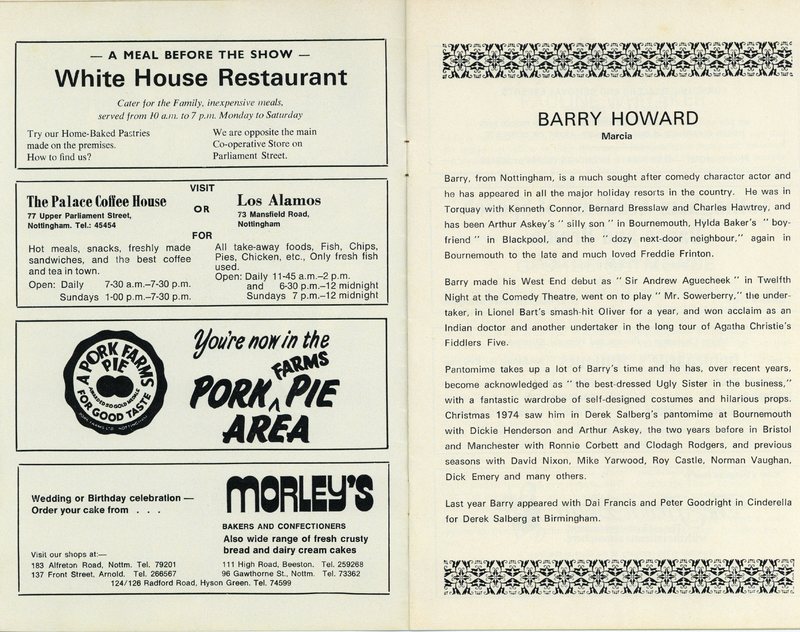 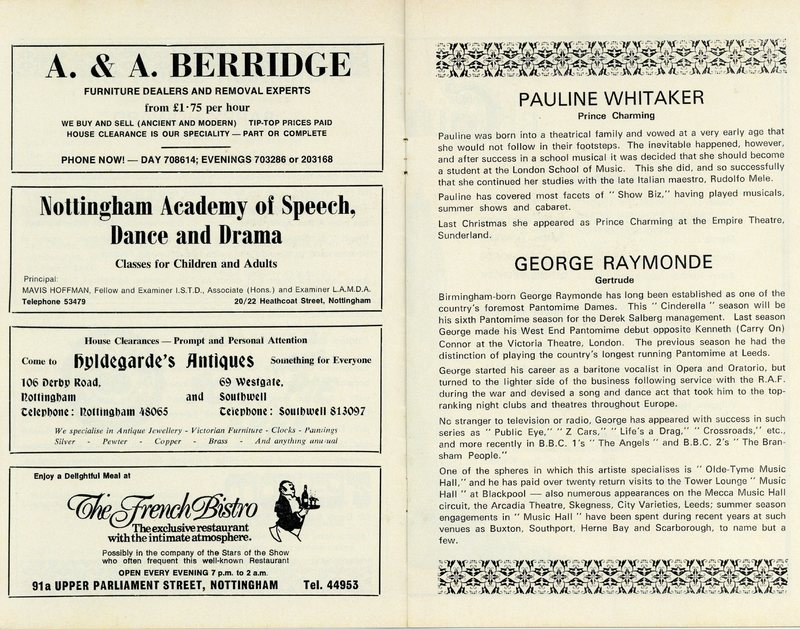 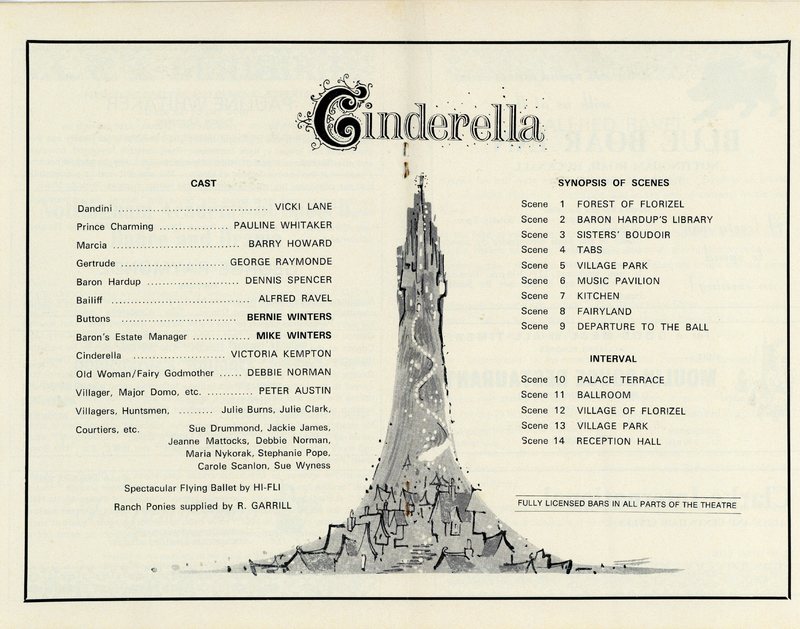 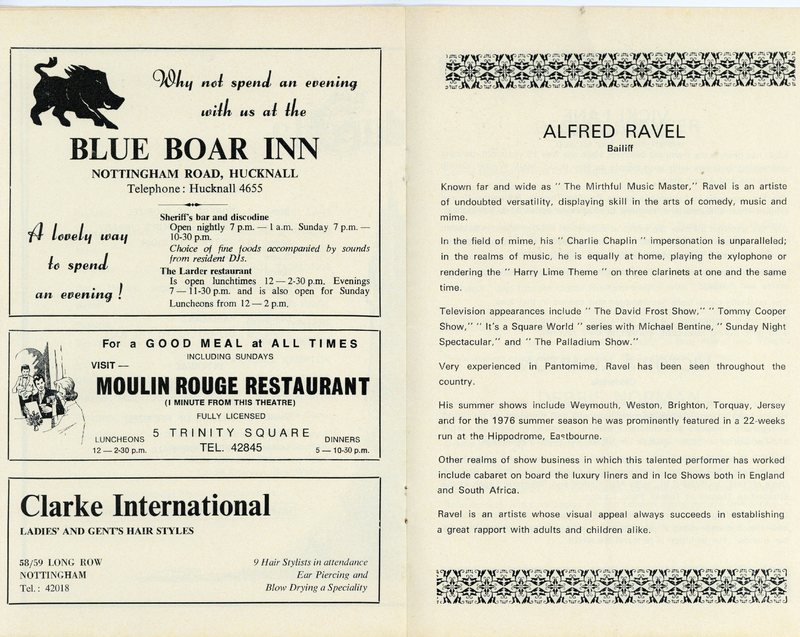 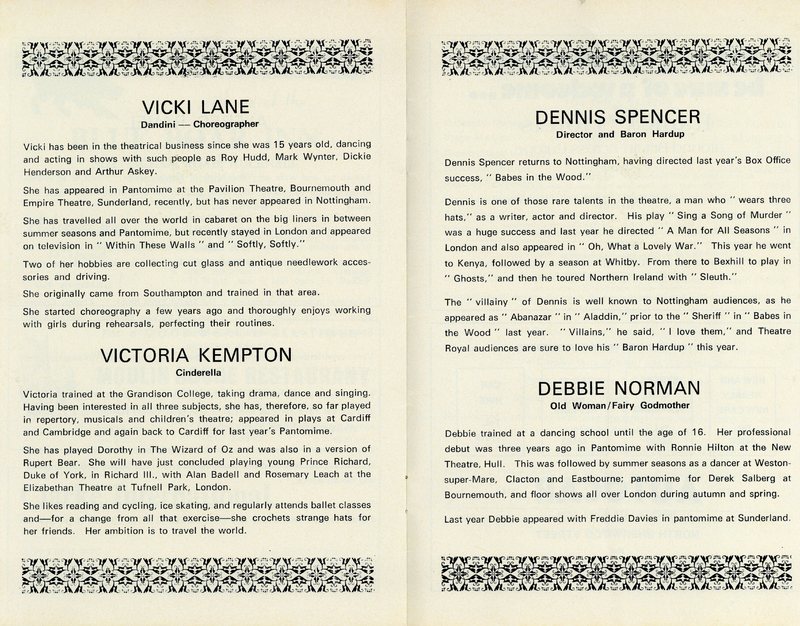 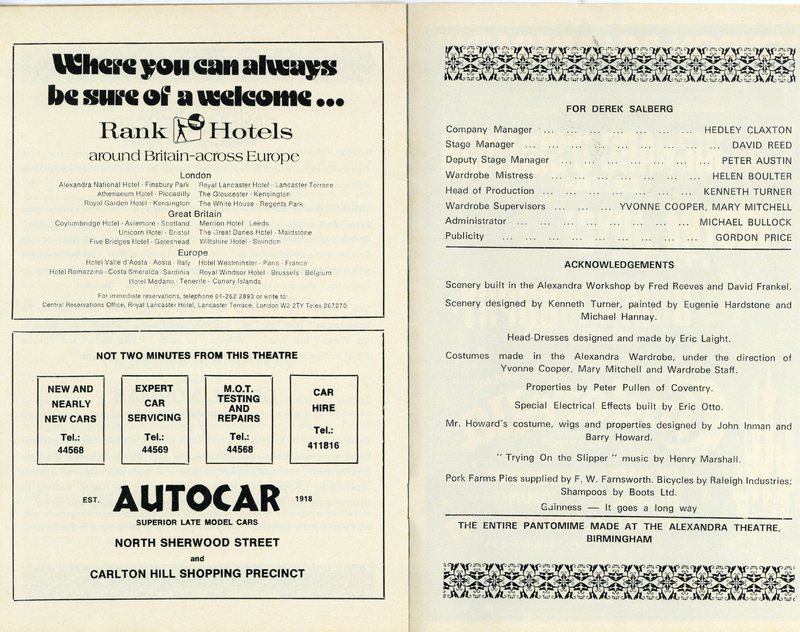 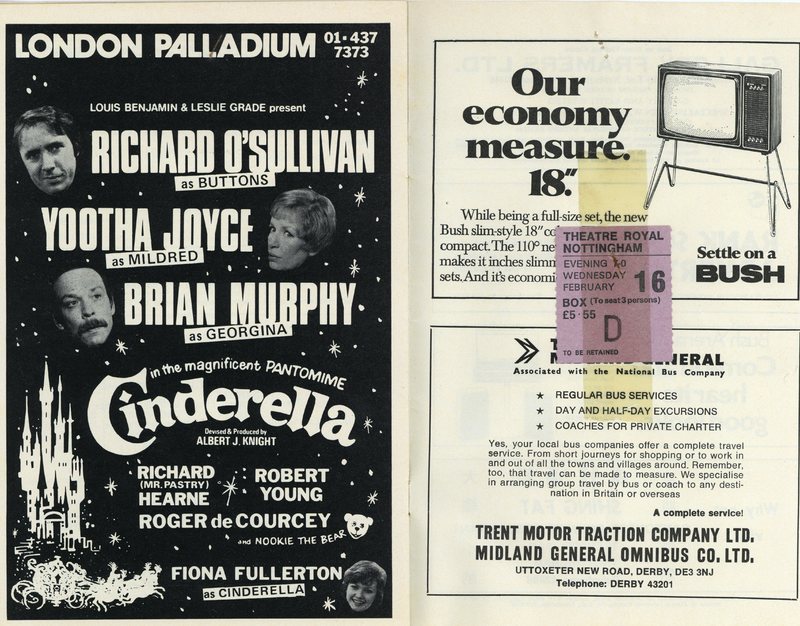 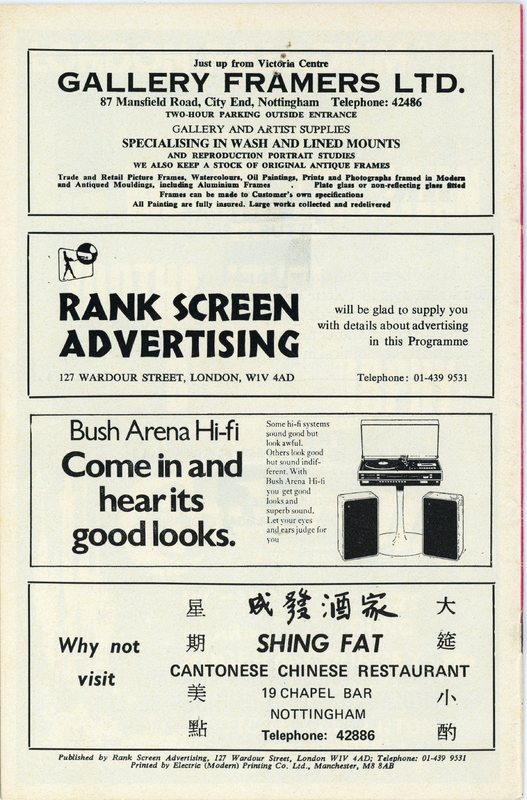 Full programme for Cinderella, the Theatre Royal Pantomime for 1976.

This production of Cinderella starred comedian Mike and Bernie Winters, alongside Barry Howard, Pauline Whitaker, George Raymonde, Alfred Ravel, Vicki Lane, Victoria Kempton, Dennis Spencer (also director) and Debbie Norman.
A ticket for a Theatre Royal box for the performance on Wednesday 16 February 1977 has been taped to the inside back cover as a keepsake of this show.
Barry Howard (1937 - 2016) who played Marcia in this production, was born in Nottingham. He returned to pantomime at the Theatre Royal in 1980, to play Nanny, in Babes in the Wood. He is best known for his parts in Hi-De-Hi and You Rang M'Lord.
Mike and Bernie Winters had previously performed in Pantomime at the Theatre Royal in Cinderella in 1967.
This production is very significant as it was the last Panto to be played at the Theatre Royal before the venue closed during 1977 for its extensive restoration. It re-opened in February 1978. 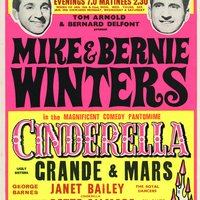 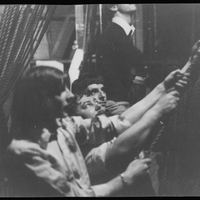