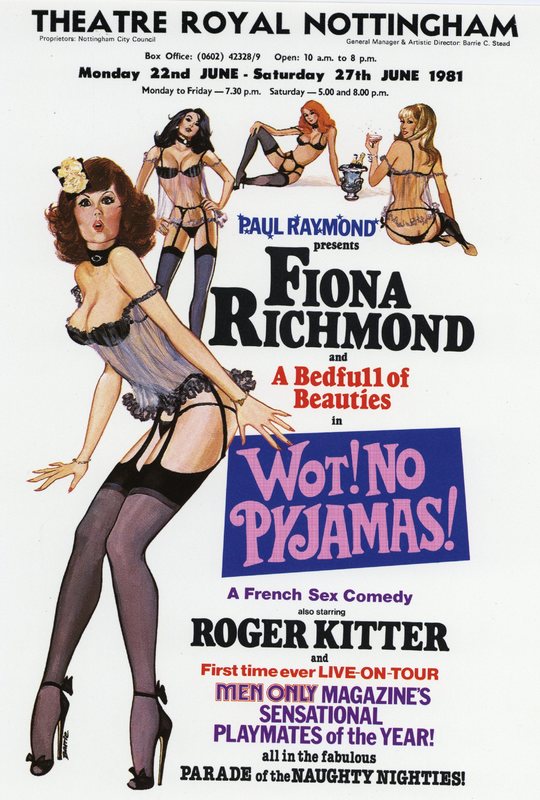 In detailing the Theatre Royal’s rich heritage, it is important to remember that it is not full of thrilling and outstanding productions from companies such as the National Theatre or the Royal Shakespeare Company. The venue’s history also includes productions such as Wot! No Pyjamas!
Presented in 1981 by Paul Raymond, this production starred glamour model and vicar’s daughter Fiona Richmond, along with Roger Kitter and ‘A Bedfull (sic) of Beauties’
Raymond (1925 – 2008) was a publisher and club owner, specialising in adult entertainment with magazines such as Men Only and Mayfair.
He purchased theatres in London’s Soho, such as the Whitehall Theatre where he staged his sex comedies and strip shows and always seemed to circumvent the rules of the Lord Chamberlain’s Office.
However, by the early 80s this form of entertainment was declining and seen as dated.
In his book The Look of Love: The Life and Times of Paul Raymond, Soho’s King of Clubs, Paul Willets describes how by January 1981, Raymond was forced to close his production of Wot! No Pyjamas! at the Whitehall Theatre. Apparently backstage staff described it as “Wot! No Audience!”
With this touring production taking place in June 1981, Raymond clearly felt the regions would respond to his unique form of entertainment. 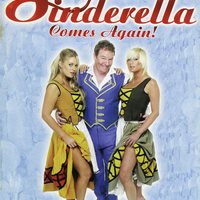 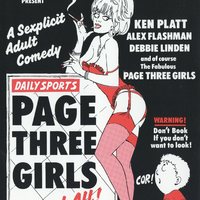